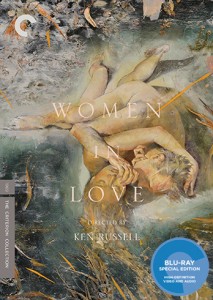 Women in Love (1969)
The Criterion Collection

Sex and death are an inextricable pair in Ken Russell’s film version of D.H. Lawrence’s Women in Love, adapted by Larry Kramer. The imagery is striking but not subtle: Glenda Jackson reclining on a gravestone while discussing the merits of marriage, or two drowned lovers, entwined together and caked with river mud, their bodies melded like an ancient, discarded statue. But who wants subtlety? Russell, after a few minor entries, directing the first of many masterpieces, injects the film with sensual energy, the spryness of his camerawork working in concert with the physicality of his actors.

And what a cast. Jackson, who won her first Oscar for the role, exudes both free-spirited sanguinity and serious-minded practicality, her enigmatic outlook leavened by her sister’s (Jennie Linden) more straightforward approach. They fall in love with a pair of best friends (Oliver Reed, Alan Bates), whose own relationship is underpinned by significant homoerotic tones. (Again, not subtly; there’s an extended nude wrestling scene.) Everyone wants to fuck in Women in Love, but they also want emotional fulfillment and deep, lasting commitment — but not necessarily in the same way their companions want it, to sometimes tragic ends. Maybe it’s not sex that death is so closely linked to here.

Criterion’s 1080p, 1.75:1 Blu-ray transfer, sourced from a new 4K restoration, is glorious. The verdant English countryside, dank underground mines and snow-covered peaks are rendered in exceptional detail in a deeply film-like transfer. Extras are a thorough combination of archival and new material, including audio commentaries from Russell and Kramer, Russell’s 1989 self-biopic, 1972 D.H. Lawrence short-film adaptation Second Best and interviews with Russell, Jackson, Linden, Bates, Kramer, alongside newly shot ones with cinematographer Billy Williams and editor Michael Bradsell. A trailer and an insert with an essay by scholar Linda Ruth Williams are also included. 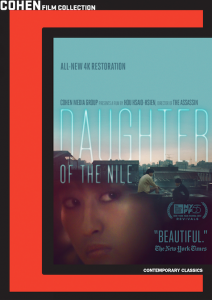 Not many filmmakers evoke the hazy romanticism of memory of like Hou Hsiao-hsien, one of the most criminally underrepresented contemporary filmmakers on home video. Besides his most recent film, The Assassin, Daughter of the Nile is the first Hou Blu-ray release in the US, and it one-ups the UK Masters of Cinema release with a slightly more robust slate of extras.

Though much of the milieu is a burgeoning crime underworld in Taipei, Daughter of the Nile skirts around the edges of gangster-film plotting, its screenplay by Chu T’ien-Wen based on personal experience and its most striking imagery reflecting impressions of urban life (neon-soaked streets, a massive KFC) and domestic life (recurring interior framings reinforce the familiarity of home).

Lin (Lin Hsiao-yang) finds purpose in caring for her family, including her increasingly reckless brother, but she finds herself drifting further and further into a fantasy life, facilitated by a manga series the title of the film refers to. The film itself straddles that line between reality and dreams, chronicling melancholy but mundane everyday living, but also hinting at something more nebulous and mysterious. An actual dream sequence threatens to upend the equilibrium Lin has developed between the disparate parts of her life. The realization that it’s only a dream may be only a small comfort; dreams have a lot of weight in this world.

Cohen’s 1080p, 1.85:1 transfer, sourced from the same 4K restoration as the MoC disc, is exceptional, offering a clear, sharp image that turns ecstatic whenever Hou pivots from naturalistic colors to the almost-unreality of Taipei’s neon. The uncompressed mono audio does have some unpleasant distortion that comes and goes, but is overall fine. An extensive Tony Rayns interview is duplicated from the MoC disc, while an audio commentary from scholar Richard Suchenski is new to this edition.

The high-definition upgrades of Miklós Jancsó’s films continue from Second Run, this time with earlier work Silence and Cry (Csend és kiáltás), a slow-burn drama about the poisoning effect of fascism on everyday lives. Consisting mostly of the long takes Jancsó was known for, the film punctuates stretches of uneasiness with sudden acts of horror, like an early murder, carried out perfunctorily. The matter-of-factness only deepens the chilling effect.

A former Communist soldier is trying to avoid that same fate, so he hides out from the Hungarian nationalists on a quiet farm. But this is hardly a refuge, as the farm owner has already drawn the attention of the casually cruel gendarmes, who force him to stand out in a field every day as punishment.

There’s a distancing effect to Jancsó’s approach, with the camerawork consistently more expressive than the performances, which feel boiled down to only the most elemental gestures. The overwhelming feeling here is not one of paranoia, but of resignation to an eventual terrible fate. As always, the virtuosity of Jancsó’s fluid camera movements makes this mostly riveting viewing.

Second Run’s 1080p, 2.35:1 transfer, sourced from a new HD remaster, is excellent, offering healthy levels of fine detail, beautiful grayscale separation and a mostly clean image, with only minor flecks here and there. There’s a clarity to the long shots here that’s essential to enjoying the film. Who wants to puzzle over a fuzzy speck in the distance? Extras are also worthwhile: A trilogy of Jancsó shorts (Presence I, II and III) are included in HD, along with a booklet essay from Tony Rayns, as perceptive about Hungarian cinema as he is about Asian filmmaking.

Like most Euro-anthologies, The Oldest Profession offers a highly variable collection of shorts, with the duds dragging down the experience enough that you find yourself wishing you were watching one of the better ideas expanded to a feature.

Consisting of takes on prostitution through the ages, most of these films rely heavily on gender stereotypes and corny humor. Mostly all of it is way too toothless to even approach offensiveness. Three of the shorts come from filmmakers whose most notable credits are in other omnibus films (Franco Indovina, Mauro Bognini, Michael Pfleghar), and maybe it’s not a coincidence that these are the weakest three, with Indovina’s prehistoric tale of men being fooled by makeup and Bolognini’s rather chaste idea of the Roman empire serving as two wrong steps right off the bat. Pfleghar at least has a charming Raquel Welch in his film about a prostitute mistaken for a socialite.

Philippe De Broca’s French Revolution tale would be more fun if it didn’t turn Jeanne Moreau’s character into an utter fool, though it’s idea is novel enough. Claude Autant-Lara’s “Paris Today” is the most obvious candidate for full-length treatment, as its story about two women using an ambulance to hide their prostitution business only starts getting ramped up before the film ends. Given that he’s easily the best filmmaker here, it’s no surprise that Jean-Luc Godard’s “Anticipation” is the film’s standout, even though it feels totally tossed off. For fans of Alphaville, it’s fun to see Godard working again in sci-fi mode, as Jacques Charrier attempts to understand love in a dystopian future, with the help (or maybe not so much) of Marilù Tolo and Anna Karina.

The Kino Blu-ray features a 1080p, 1.66:1 transfer that’s quite clean, detailed and stable, though some shots exhibit that teal-ish pallor that seems to afflict a number of recent Gaumont restorations. This is hardly the most overwhelming example though. Extras include the shorter English dub of the film and a trailer. 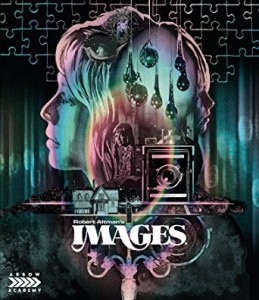 Though there are numerous films that might be cited as counterexamples, I think Robert Altman always brings something interesting to the table. And even if you want to outright dismiss, I don’t know, Dr. T and the Women (I like it), it’s harder to dispute the relevance of his 1970s output, which is jam-packed with masterpieces and endearing oddities.

Images, rescued by Arrow Video after the MGM DVD spent a long stretch in OOP-land, is probably more the latter, though it’s compelling enough I wouldn’t scoff at an assertion of the former.

While Altman would more thoroughly evoke an atmosphere of mental instability with 3 Women, Images is kind of a looser — much looser — take. There’s not a scene that can be definitively labeled as reality or hallucination, which ultimately works to blunt the film’s impact, but should we really be complaining about a great Susannah York performance, filmed by Altman and cinematographer Vilmos Zsigmond in full-on roving camera excess mode?

York stars as a children’s book author whose shaky grasp on reality becomes shakier when she learns that her husband (Rene Auberjonois) is cheating on her. Or is he? A retreat to a cottage in Ireland should be just the thing to patch this all up, right?

Arrow’s 1080p, 2.35:1 transfer, sourced from a 4K restoration, includes some dupe shots, and the drop-off in quality can be noticeable, particularly in a film that tends toward the grainy side. But for the most part, this is an excellent transfer, with well-resolved grain and solid clarity despite the film’s intentionally hazy look. Extras include a new commentary track by Samm Deighan and Kat Ellinger along with an archival Altman selected-scene commentary. A making-of from the previous DVD release, an interview with supporting actress Cathryn Harrison and an appreciation by Stephen Thrower are also included. 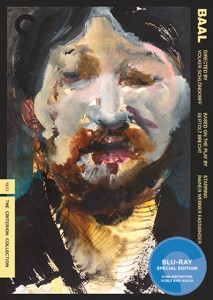 Volker Schlöndorff’s adaptation of Bertolt Brecht’s first play, largely unseen for decades since its release, isn’t exactly a diamond in the rough. It’s more like rough on top of rough. Abrasive, disjointed and shot in a variety of locations that seem to be competing amongst each other for an ugliness trophy, Schlöndorff’s 16mm primal scream isn’t Brechtian in the traditional sense, but it has its own aesthetic distancing effects that are a good fit with the material.

Just as his directing career was getting started, Rainer Werner Fassbinder stars as the titular poet, a monstrously egotistic artist who flouts polite society before they can reject him, bedding every woman he can along the way. Fassbinder is perfectly cast as the freewheeling degenerate — he has the right amount of grimy charm to earn both the loving and loathing he receives in his crusade against bourgeois society. (Which again, mostly involves copious amounts of drinking, sex and leaving the broken husks of the people he encounters in his wake.)

Criterion’s 1080p, 1.37:1 transfer, sourced from a 2K restoration, isn’t as rough as Baal, but it’s close, with some ragged and/or Vaseline-smeared edges and some instances of dirt and debris that haven’t been cleaned up. Much of this is keeping with the aesthetic goals of the film, and the underlying image shows off some of the detail and depth one would expect from a 16mm-sourced image. Extras include two interviews with Schlöndorff, a newly filmed interview with co-star (and Schlöndorff’s collaborator and ex-wife) Margarethe von Trotta, an interview with historian Eric Rentschler and a conversation between Ethan Hawke and playwright Jonathan Marc Sherman, who recently collaborated on a Baal adaptation. Dennis Lim contributes an insert essay.

Dusty Somers is a Seattle-based writer and editor who splits his critical ambitions between writing Blu-ray & DVD reviews and theater criticism. He’s a member of the Online Film Critics Society and Seattle Theater Writers. 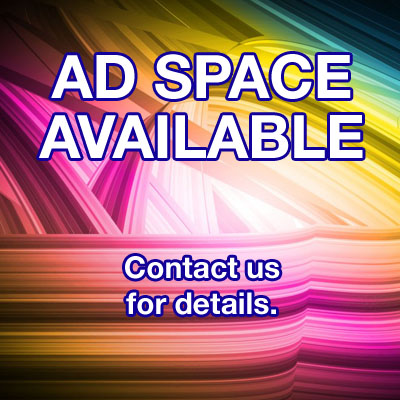